"The 20th Anniversary of the Return of Hong Kong to the Motherland: Together • Progress • Opportunity" Roving Exhibition 2017

On 1 July 1997, Hong Kong returned to the Motherland, setting a milestone in the history of Hong Kong. Over the past 20 years since reunification, with the support of our country, Hong Kong has maintained its prosperity, stability and development, making good progress in the economy, social development and in people's livelihood. Exchanges and cooperation with the Mainland have become more frequent and have grown in both width and depth. Following the major exhibition held in Beijing, we will bring a similar exhibition to the other provinces, municipalities and autonomous regions. The objective is to let our Mainland audience better understand the major progress and aspirations of Hong Kong since reunification, "experience" the vitality and glamour of Hong Kong as Asia's world city, and "feel" the bonding between the two places and between its peoples. Together we will join hands to create a better future. 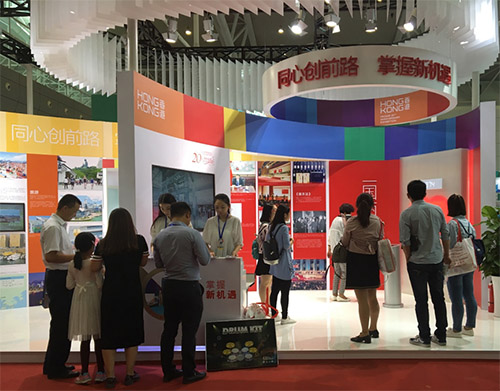