L'Amour Immortel is the most enduring story from the literary classic Strange Tales from a Chinese Studio, written by Pu Songling three centuries ago. It chronicles the star-crossed encounter between Nie Xiaoqian, a beautiful, bewitching ghost, and good-natured scholar Ning Caichen. Nie has been coerced by a demon to prey on humans, but loses her heart to the true-hearted scholar. The lovers must traverse the shadowy underworld to defend their love and freedom. Will Nie defy the netherworld to save her love from evil forces, even at the cost of her own immortality? L'Amour Immortel celebrates the beauty of love and humanity. Gripping and poignant, this time-honoured story has been the subject of countless adaptations for cinema and television, and this new interpretation in dance is sure to thrill audiences. 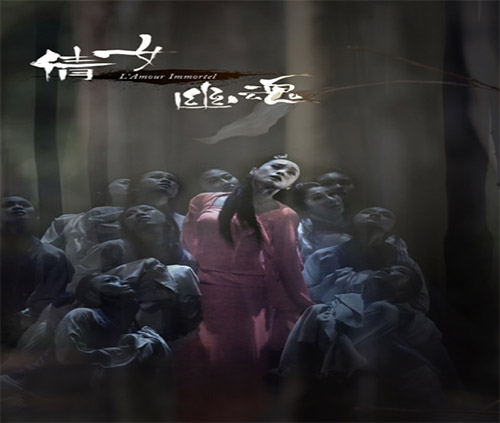