Hong Kong Chamber of Commerce in China – Tianjin organised on 29 June 2018 in Tianjin a gala dinner to celebrate its 10th anniversary and the 40th anniversary of reform and opening-up of the country. The Vice-Mayor of Tianjin Municipality, Mr Zhao Haishan, Director of the Beijing Office of the HKSAR Government, Ms Gracie Foo, representatives of various departments of the Tianjin Municipal Government, as well as over 500 representatives of Hong Kong enterprises and major local enterprises in Tianjin, Beijing and other parts of the country participated in the event. 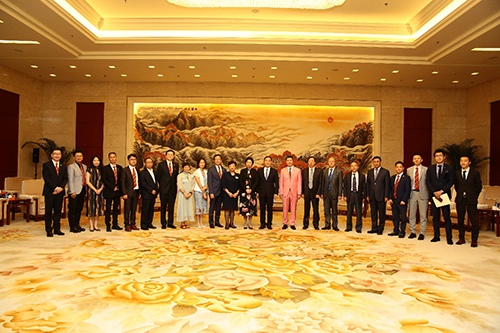 Officiating guests, including Ms Gracie Foo, Director of the Office of the Government of the Hong Kong Special Administrative Region of the People's Republic of China in Beijing (11th on the right), Mr Zhao Haishan, Vice-Mayor of the Tianjin Municipal People’s Government (10th on the right) and Mr Michael Yeung, Chairman of the Hong Kong Chamber of Commerce in China – Tianjin (9th on the right), met before the gala dinner to discuss cooperation between Hong Kong and Tianjin. Vice-Mayor Zhao Haishan praised Hong Kong businessmen for the contributions they have made to Tianjin’s development since the Mainland’s reform and opening-up, and said that Tianjin would continue to learn from Hong Kong in the further liberalisation of its economy. He also looked forward to Hong Kong continuing to strengthen cooperation with Tianjin over the internationalisation of Tianjin and the country as a whole, the coordinated development of Beijing, Tianjin and Hebei, the Belt and Road Initiative, as well as the development of the Tianjin Free Trade Zone. 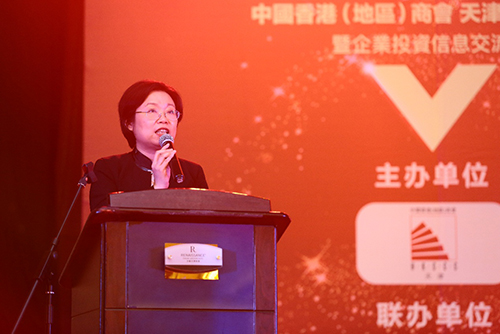 Ms Gracie Foo, Director of the Office of the Government of the Hong Kong Special Administrative Region said during her speech at the dinner reception that Hong Kong had been making tremendous contributions to the economic development of the Mainland for the past 40 years of reform and opening-up, and hoped that it could continue to play a unique and crucial role in the motherland’s further development and to closely cooperate with Tianjin through utilising their respective advantages. She also encouraged Tianjin to use the vast commercial network of Hong Kong enterprises in the Mainland to foster bilateral investment between Hong Kong and the Mainland. 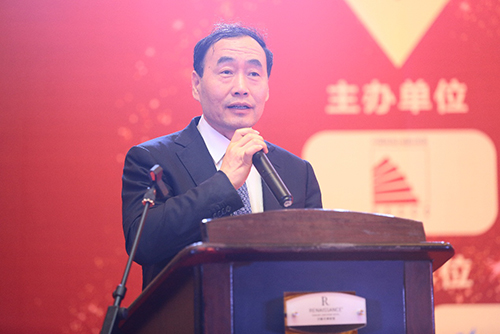 Mr Zhao Haishan, Vice-Mayor of the Tianjin Municipal People’s Government, pointed out in his speech at the dinner reception that Hong Kong had long been Tianjin’s largest source of foreign direct investment, and that Hong Kong businesses in Tianjin had been actively participating in the successful implementation of “One Country, Two Systems” and the Belt and Road Initiative. He encouraged Hong Kong enterprises to continue to provide suggestions for the development of Tianjin and foster closer ties between Hong Kong and Tianjin.